By Priya-Priyatama’s merciful plan, the BHAGAVAD GITA AS IT IS, Srila Prabhupada’s pure Krishna devotional edition, is the most popular and widely distributed multi-lingual edition of Gita in the whole world!

Unlike other editions, Srila Prabhupada’s As It Is speaks the clear, easy to understand, gentle and at times quite forceful message of Absolute Truth.

With its universal principles, philosophy, and reasonable analysis of the material world, time, action, the individual self and the Superself, the Antaryami, Srila Prabhupada’s Gita has profoundly and amazingly purified and transformed the minds, hearts and lives of millions of fortunate human beings.

Srila Prabhupada was a “Gita Man” in the sense that He fully realized the essence of Gita, which is selfless service-based immaculate love divine. For Srila Prabhupada, the Gita was one with his mind, heart, words, teachings and his sterling personal devotional behavior.

Thus, who would know the glories of the Bhagavad-gita more than Srila Prabhupada? I am sure my beloved Gurudeva would be most pleased that his own realized words spoken in praise of Gita were being shared with the world on the most auspicious occasion of Gita Jayanti, Mokshada Ekadashi.

The following amazing statements of Srila Prabhupada will inspire, encourage, enliven and satisfy all classes of devotees. Just by reading them, many seekers of love divine will surely pick up the Bhagavad-gita, and start the most beneficial practice of reading it EVERYDAY!

And for the caring and compassionate transcendental book distributors, these quotes are the perfect “lines” to use in convincing the curious to buy the book. Worlwide Bhagavad-gita book distribution ki jai!

I. IDENTITY: Bhagavad-gita is also known as Gitopanishad. It is the essence of Vedic knowledge and one of the most important Upaniñads in Vedic literature.

II. PURPOSE: The purpose of Bhagavad-gita is to deliver mankind from the nescience of material existence.

III. READERS: Those who question why they are suffering; where they came from and where they shall go after death are proper students for understanding Bhagavad-gita.

IV. TEACHINGS: The subject of the Bhagavad-gétä entails the comprehension of five basic truths [i.e. the tattvas: Ishvara, Prakrti, Kala, Karma and Jivatma.]

V. BENEFITS: If we properly utilize the instructions of Bhagavad-gita, then our whole life will become purified, and ultimately we will be able to reach the spiritual sky [Krishnaloka]. 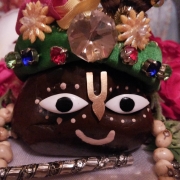 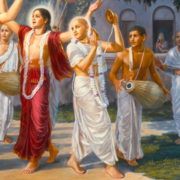 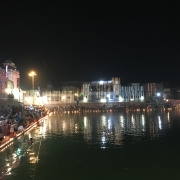 Four Fantastic Benefits From Serving and Giving to Vaisnavas