Sri Isvara Puri sent his disciples, Govinda and Kasisvara Pandita, to Jagannatha Puri to humbly serve Lord Caitanya. Reluctant to accept service from His Godbrothers, Sri Caitanya finally agreed since it was His guru’s wish. Named Kalavati and Sasi rekha in Vraja lila, Govinda and Kasisvara bring Yamuna water to Lord Sri Krsna. Kasisvara Pandita, who was strong and powerfully built, used to walk before Lord Caitanya keeping the crowds from touching Him. And after kirtanas he would serve prasadam to all the devotees.

Sri Gaurasundara asked Kasisvara to move to Vrndavana for worshiping Sri Rupa Gosvami’s Deity of Govindaji. Fearing separation from Lord Caitanya, Kasisvara said, “My Lord, if I must give up Your association my heart will split in two.” Out of compassion for His devotee Lord Gauracandra gave him a Deity of Himself that was so perfectly formed it exactly resembled the Lord. “Gaura Govinda,” the Deity’s name, is a golden form of Krsna playing flute. Then Kasisvara Pandita happily went to Vrndavana to serve Gaura Govinda and Govindaji.

Sri Sadhana Dipika says, “I worship Sri Kasisvara Pandita whose power of love and devotion brought Sri Caitanya to Western India as a Deity.” Today the original Deities of Gaura Govinda and Govindaji are lovingly adored by thousands of devotees in Jaipur, Rajasthan.

(An excerpt from the book Gaudiya Vaisnava Biographies and Samadhis in Vrndavana). 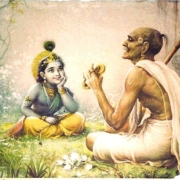 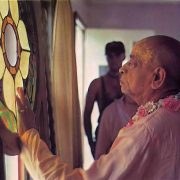 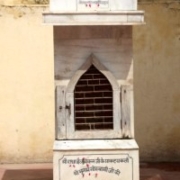 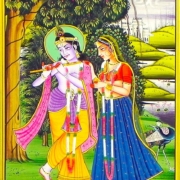 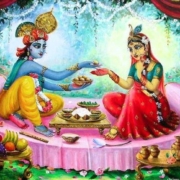 Saints of Vraja – The Sweetness of Sri Nimbarka Acharya