The following article answers the commonly asked question, “Are you worshiping an idol or is it really God?” And then Srila Prabhupada provides some philosophy and logic to improve our understanding. To conclude the article there are some FAQAA. This is another article I found on my hard drive with an unknown author. I thank that person and pray for their long life. May all benefit from this article.

I. Is Deity Worship Idol Worship?

LORD Kåñëa’s appearance in deity form is another display of His compassion, another opportunity for loving exchange with Him. The deity is not a material idol. With our present eyes and other senses we can perceive only matter, though we may appreciate the existence of spirit. For example, when a person dies we note that consciousness, the soul’s energy, leaves the body, but we cannot see the soul itself depart. The supreme soul, the Lord of the universal body, is similarly not visible to material eyes, but He makes Himself visible as a deity to accept our service. All the material elements are God’s energies. He can use them as He likes and appear as He likes. He is omnipotent. For Him there is no distinction between matter and spirit.

One may fashion a deity of wood, stone, clay, or jewels, or the deity may be a painting or a drawing. Mind too is God’s subtle material energy, so a mental image of the Lord in line with scripture is also a worshipable deity. The key is that the deity must be a form authorized by scripture, just as a mail box must be authorized by the post office. Dropping your mail in any old box will not do. As each mailbox has the support of the entire postal system, the deity form authorized by the Lord through scripture has the same unlimited potency as the Lord Himself.

Service rendered to an authorized deity on the other hand, whether we fashion the deity of stone, wood, paint, or mental elements, is service to the Lord Himself, to His original personal form of eternity, bliss, and knowledge. Servants of the deity gradually realize that they are in direct contact with the supreme person.

God is present everywhere. He is omnipotent, omnipresent. He is present here in the temple as arcä-vigraha, the form of the body by which He can accept our worship. It is not that He is different from the original Kåñëa. No, He is Kåñëa, the same Kåñëa, goloka eva nivasati, who is living in Goloka Våndävana, but akhilätma-bhütaù [Bs. 5.37], He can present Himself in different forms for accepting service for realization.

And Kåñëa is, being omnipotent, He can accept your service any way. Provided you want to render service, Kåñëa is ready to accept it. Therefore our duty is that we should never think of this Deity as something made of stone or metal. We should always think, “Here is Kåñëa personally present.” That is devotion. And we should worship Him like that. We should offer respect, that “Here is Kåñëa. Similarly, we cannot see at the present moment by the imperfect senses what is Kåñëa. Therefore it is Kåñëa’s kindness that He has appeared before you in a manner by which you can see Him. This is Kåñëa’s mercy. (SP 750303sb.dal)

1. How does the completely spiritual, transcendental Supreme Personality of Godhead Bhagavan Sri Kåñëa appear in the form of the arcä-vigraha, a Deity supposedly made of earth, stone or wood?

Bhagavan Sri Kåñëa has unlimited varieties of inconceivable potencies, and thus by his sweet will He can convert His material energies into spiritual energy.

2. But why does Bhagavan Sri Kåñëa choose to manifest in the deity?

As materially conditioned souls we cannot see the Supreme Lord due to our faulty impure vision. To favor His loving devotees and accept their service Sri Kåñëa agrees to appear in a so-called material form known as the arcä-vigraha. The deity form of the Lord is not fashioned according to the whims of the worshiper. This form is eternally existent with all paraphernalia and a sincere devotee can perceive it. Devotees are not worshiping an idol. They are factually worshiping Bhagavan Sri Kåñëa, who has agreed to appear before them in an approachable way.

Srila Prabhupada clarifies this principle by comparing the Deity to a postal mailbox. The government post office has fixed authorized mailboxes in many locations. Posting a letter in any of these mailboxes will give the same result as bringing it to the main post office. Any old box or some non-government box, which we may find somewhere, will not work.” Similarly, Sri Kåñëa has authorized the arcä-vigraha incarnation, so He will accept service through this form. Bhagavan Sri Kåñëa appears in this way for the convenience and accessibility of His devotee.

3. How to increase my faith in deity worship?

One can solidify his convictions by studying Srila Prabhupada’s teachings on Bhagavat-tattva and sakti-tattva contained in the Caitanya-caritamrta, Sri Isopanisad and Srimad Bhagavatam, and also by reviewing the many Vedic verses that confirm Deity worship. One can gain strength and inspiration from reading pastimes about the reciprocation between the Deity and His devotees like Ksira-cora Gopinatha and Mädhavendra Puré; Säkñi-gopäla and the brahmana; Gopala and Raghunandana Thakura; ISKCON Mayapura’s Jagannatha and Nrsimha Deity pastimes; and the many pastimes of Lord Jagannatha in Sri Ksetra Jagannatha Puri. The Vedas abound with testimonies proving that the Deity of the Lord is not a stone, brass or wooden idol but completely Bhagavan Sri Kåñëa.

4. Are worshipers of the deity are in the lowest stage (kanistha) of devotion? The answer is no. In reality, both beginners in bhakti and perfectly realized souls like Srila Raghunatha dasa Gosvami engage in deity worship. What is the difference? A neophyte, kanistha-adhikari, devotee sees the arcä-vigraha as a representation of God, whereas the advanced devotee, uttama-adhikari, sees that the Deity is really Bhagavan Sri Kåñëa Himself. Gauranga Mahaprabhu displayed intense ecstatic symptoms in relationship with the Deity of Lord Jagannätha in Puri. He swooned in divine rapture just by seeing Lord Jagannätha. During the Ratha-yäträ, Mahaprabhu would gaze upon the Deity with eyes full of longing and a heart surging in separation as He glorified Vrajendranandana Syamasundara Jagannatha in the mood of Rädhäräëé. During the medieval period, Sri Caitanya Mahaprabhu was famous as a world class scholar and Vedantist who defeated the greatest philosophers and logicians of the day. Therefore, His divine revelations and raptures in relationship with the deity form of the Supreme Lord can never be taken as sentimentalism or fanatical idolatry.

5. Will the Deity speak?

The Deity form of the Lord is made of earthly elements but it is not material. Those elements (wood, brass, clay, stone), although separated from the Lord, are also part of Sri Kåñëa’s energy. Because there is no difference between the energy and the energetic Lord, Sri Kåñëa can appear through any element as in the case of Nrsimha who appeared from a stone pillar. As the sun acts through sunlight to distribute its heat and light, Sri Kåñëa, by his inconceivable power, appears in His original spiritual form in some material element.

Philosophically, since all material elements emanate from the supreme spiritual entity, nothing is really material; everything is transcendental. The Deity, as in the case of Saksi Gopala, can act just like the Supreme Person Kåñëa and speak and walk for his devotee. To a non devotee, however, the Deity will appear to be made of stone, brass or wood. But for the pure devotee, the Kåñëa Deity will speak, walk or even play as Madana Gopala did in Mathura. “Being omnipotent, omnipresent and omniscient, Kåñëa can deal with His devotee in any form without difficulty. By the mercy of the Lord, the devotee knows perfectly well about the Lord’s dealings. Indeed, he can talk face to face with the Lord.” (Cc. 2.5.97)

6. What is the difference between idol worship and Deity worship? The word “idol” is derived from the Greek word eidolon, “image.” An idol is a powerless image of a person or thing, such as a photograph, painting or statue. An idol and the substance it represents are not the same thing. An idol is simply an image of the original, perhaps even something imagined.

The word deity, on the other hand, is derived from the Latin word deus, God. Unlike objects of this material world which are separate from their names and forms, the names and forms of God are transcendental and absolute. Because God is absolute, His name, form and person are not different from Him.

In the material world the name of something is not the same as the substance. For example, if we are thirsty, we cannot experience refreshment simply by calling “Water, water, water.” But because God is spiritual and absolute, when you chant Kåñëa’s name, see Kåñëa’s form and discuss Kåñëa’s pastimes, you will experience direct union with God. The proof is your experience. Followers of all religious traditions experience direct communion with God by praising Him, praying to Him or seeing His form. That is the universal experience of the Absolute Truth.

Srila Prabhupada: MERCY or FREE WILL? 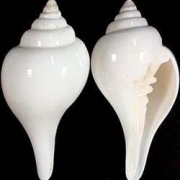 How to Observe the Ananta Chaturdashi Vrata
Scroll to top