“Bhagavan Sri Krishna certainly fulfills the material desires of a devotee, but Krishna  does it in a way that the devotee will not ask for more material things. Even though the devotee does not aspire for it, Sri Krishna mercifully gives the devotee shelter at His lotus feet, which satisfy all one’s desires.” (Srimad Bhagavatam 5.19.27)

If Sri Krishna does not give what is requested, Krishna’s reputation as the fulfiller of desires will be destroyed. However, Krishna gives what is valuable, not what is worthless (artha-dah).

What is that valuable thing that Krishna gives? Krishna gives bhakti to His lotus feet. Since bhakti includes all types of bliss, by attaining bhakti one becomes indifferent to everything else. (Brhad Bhagavatmrita 3.2.131-132)

Being requested, Krishna gives what humans ask for. But by just giving, material desire will not be extinguished and again the person will request the desired object (yatah-punar- arthita). Manu-samhita confirms: “Desires are not extinguished by enjoying the objects of desire, just as fire increases by adding ghee.” (Bhakti Sandarbha 98)

Even if one has material desires the bhakti sadhaka becomes successful. Being requested by His worshippers for desired objects, Krishna gives those objects. But Krishna does not give the object in such a way that object is again requested after enjoyment. What does this mean? Krishna gives His lotus feet which satisfy all desires (iccha-pidhanam).

Sri Krishna is so kind even to a sakama-bhakta, a motivated devotee, that He satisfies his desires in such a way that one day he becomes an akama-bhakta [desireless].

Dhruva Maharaja, for example, became a bhakta with the motive of getting a better kingdom than his father. But finally, Dhruva became an akama-bhakta and said, “My dear Lord, I am very satisfied simply to serve Your lotus feet. I do not want any material benefits.”

Sometimes it is found that a small child eats dirty things but his parents take away the dirty things and offer him a sandesh or some other sweetmeat. Devotees who aspire for material benedictions are compared to such children.

Sri Krishna thinks, “Why should I give such a foolish person the dirty things of material enjoyment? It would be better for Me to give the shelter of My lotus feet, then one will give up all material desires and become My eternal servant.”

“One who worships Krishna to fulfill desires receives a taste for Krishna, Krishna rasa. Then one gives up desires and aspires to become Krishna’s loving servant.”

The “highest taste” of Krishna bhakti bhajan is so powerful that the sweet taste of devotion makes one forget all material desires as seen in Balak Dhruva.

Sri Krishna is the transcendental form of supreme sweetness, raso-vai-sah. Thus, when a devotee tastes the sweetness of Krishna’s nama, rupa, guna and lila, all sense objects become completely tasteless and detestable. 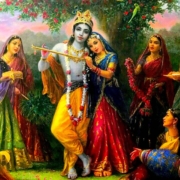 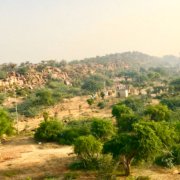 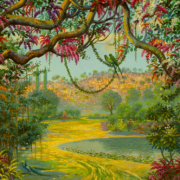 The History of Ratha Yatra