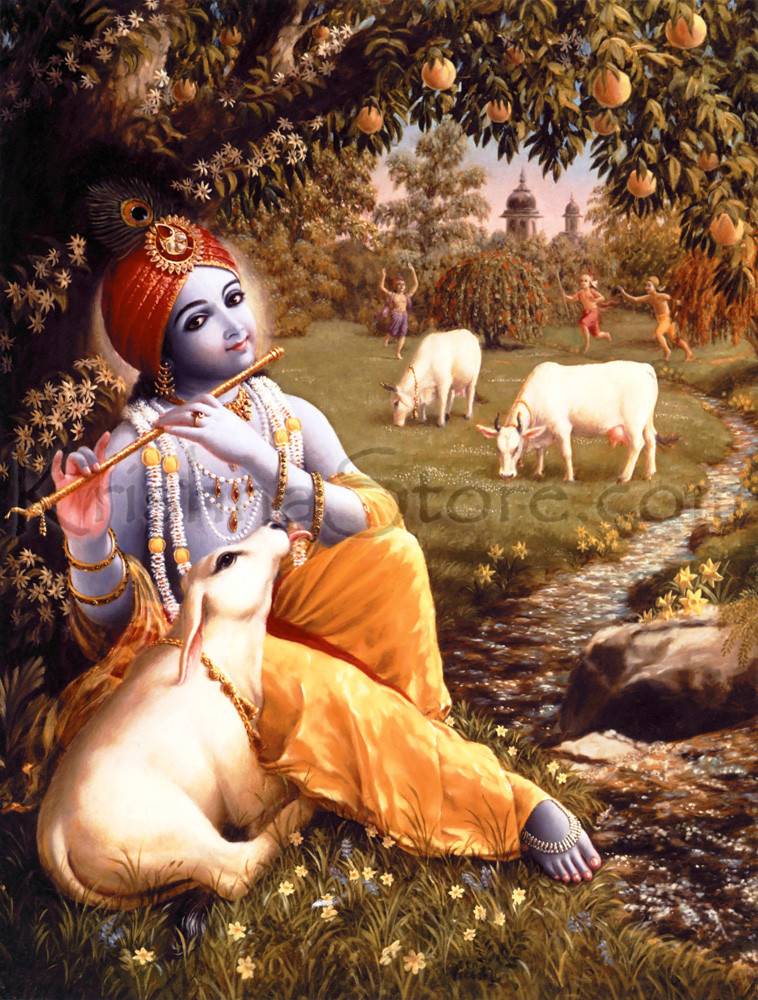 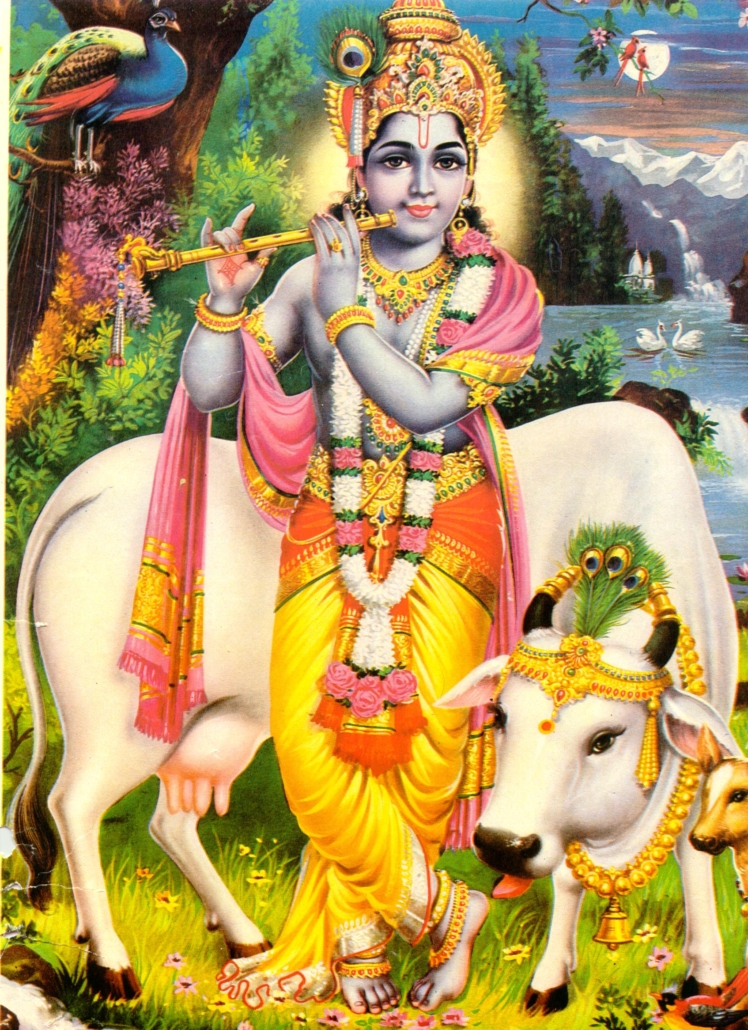 Diksha mantras are given for the purpose of worshiping, attaining, and seeing one’s desired istadevata, Radha-Krishna. The diksha mantras received from Sri Guru are so powerful that by chanting them a sadhaka can achieve a post of unlimited wealth, power and influence; travel to any planet in the universe; enjoy eternal bliss; attain Krishna prema; and see Radha and Krishna face to face, sakshad darshana!

One day when Gopa-kumara was playing by the Yamuna, a vairagi sadhu noticed the boy and called him to his side. Being inspired by the Paramatma to give diksha, the sadhu whispered the Gopala mantra three times in Gopa-kumara’s right ear. After giving diksha, the sadhu experienced divine ecstasy, started crying and ran away.

During his travels, Gopa-kumara spoke a very important verse regarding how to properly chant diksha mantras.

Gopa-kumara chanted with fervor, an intense eagerness to achieve mixed with anxiousness (akulah).

Like all of us riding on the uncontrolled chariot of material desires, Gopa-kumara had desires. But Gopa-kumara had only one all-consuming enthusiastic desire driving his mind and life forward (manah ratha): To see God, Sri Sri Madan Gopalji.

Every day before (purvam) chanting his diksha mantra, Gopa-kumara would focus, concentrate and fix his mind on his desired goal (sankalpa) by enthusiastically and eagerly addressing his mind: “By chanting this Gopala Mantra I must see my most worshipable Prananatha—Sri Sri Madan Gopalaji!”

In this way, the great devotee Sri Gopa-kumaraji is instructing us how to properly chant our diksha mantras. First, you should make a sankalpa, which means to mentally see and state the purpose or goal you want to achieve by chanting this mantra. “O Krishna, I really want to see You so please help me. O Gurudeva, O Sri Gopala Mantra, please bless me with the sweet darshana of Sri Sri Radha-Govinda Yugala!”

This is called sankalpa purvam and jata manah ratha, to mentally, before chanting, fix one’s attention on one’s cherished desire. Then EACH AND EVERY TIME you chant your diksha mantras, you should, like Gopa-Kumara, pray and meditate upon your sankalpa and the meaning of the mantra while fervently chanting it with an “an intense eagerness to achieve your goal mixed with anxiousness (akulah).

If one chants in this way as taught by the humble Vrajavasi cowherd, Gopa-kumara, then by the unlimited power of the Gopala Mantra and Kama Gayatri, the primary Gaudiya Vaisnava diksha mantras, a sadhaka will surely obtain darshana of Sri Sri Radha and Krishna.